Learn about glyphosate, an ingredient used in weed killers... that is also present in many popular breakfast cereals!

7 Cereals to Avoid: Are You Eating One of These Weed Killer Containing Cereals?

May 18, 2019 Posted by admin Foods to Avoid: Steer Clear of These Harmful Foods!, Healthy Eating

It’s important to know what cereals to avoid because many aren’t as healthy as they seem. Did you know a widely used weed killer is a popular ingredient in everything from pasta to breakfast cereal?

If you’re like me, then you try to avoid toxins by eating organic foods. So here is a list of breakfast cereals that may have a toxic “tag-a-long” ingredient on board.

What are we talking about? In a word, glyphosate. Put simply, glyphosate is a weed killer (herbicide) first registered for use in 1974 and found in 750 products in the U.S. (1)

An astounding independent peer reviewed study displays the correlation of Glyphosate use and the rise of 20 diseases including dementia, cancer and diabetes. (2)

More on weed killer and how to avoid it in a moment. First, here is the list you came to see…

The Top 7 Popular Cereals Containing Glyphosate:
What Cereals to Avoid and Why

Since the Cheerios-Glyphosate connection was quite popular for awhile, you might have seen this one coming. The infamy was a result of a report by an advocacy group called EWG. (3) In this report, researchers discovered that 43 of the 45 products tested contained trace amounts of Glyphosate (Roundup).

Additionally, in a second study conducted by EWG on Oct. 4th 2018, researchers found trace amounts of glyphosate in three different types of Cheerios. (4)

When testing two different samples of Lucky Charms, scientists discovered the toxic tag-a-long in both samples. The levels were safe, according to the EPA, yet higher than EWG’s benchmark of 160 PPB.

3. Back to Nature Classic Granola

This is a bit of a shocker because most people think of Granola as safe and healthy. However, scientific evidence shows this to be a widely-believed myth. In fact, the Sample 1 of this breakfast cereal contained 620 parts per billion and the second test revealed 170 ppb of glyphosate.

At Mu Mu Muesli, we have served notice that we will not accept any grains treated with glyphosate for use in our incredible muesli cereal. Nor will we ever use GMOs (genetically modified organisms) in any of our ingredients. (5)

Yet another popular, high profile brand name – Kellog’s – is guilty of selling cereal that contains glyphosate. Specifically, their Cracklin’ Oat Bran has faced some recent heat in the form of hefty lawsuits.

Again, the results of this next test weren’t any easier to swallow. Although we are talking about a granola breakfast cereal, both tests conducted found trace amounts of herbicide.

When it comes to health, muesli is often safer than granola. Furthermore, it is best to stick with a transparent brand. At Mu Mu Muesli, our ingredients differ in that they are raw, organic, vegan and we use 100% solar power.

If you’re wondering what cereals to avoid in the “budget” arena, then look no further. In other words, stay away from Great Value O’s!

Did you happen to read about the jury in California that awarded a whopping $289 million in damages to a school groundskeeper. Why? He blamed his terminal cancer on the glyphosate (found in Roundup) and the jury agreed. (6)

According to news reports, the settlement ended up being a $78 million dollar payout.

Finally, make sure to avoid Quaker to your list of cereals to avoid. Especially if you have kids! You may conclude this is probably the reason for such outrage surrounding this issue. Many children eat these popular cereals and breakfast snack bars.

When researchers tested this popular cereal and breakfast brand, they found 620 ppb of glyphosate in the first sample, and 780ppb in the second sample.

Generally speaking, GMOs are organisms that scientists create and modify in a laboratory (genetically modified organisms). The modification and engineering techniques scientists use seek to remove genes from one plant and re-combine them into another.

Now, it is important to realize that the processes of normal plant breeders and genetic modification are very different.

Foods Containing the Most GMOs

In general, there are four main categories of food to avoid. Specifically, four of the largest crops that have official approval for GMOs include corn, soybeans, cotton, and canola.

Corn and soybeans are a popular ingredient in feed for livestock. You may think twice now when seeing “high fructose corn syrup” on a label.

Soybean oil is prevalent in restaurants, and so it accounts for over 50% of “vegetable oil” consumed in the U.S! (7)

Potato chips and similar packaged, processed foods often contain cotton seed oil. Again, these are foods to avoid as much as possible!

Finally, you should add most canola to your “Do Not Eat List.” According to some estimates, up to 90% of canola oil in the U.S is genetically modified. (8)

How Do I Eat Organic?

As a rule of thumb, consider that 70% of processed foods are genetically engineered. It also important to remember that these are usually foods made with canola, soy, sugar beets and cotton.

Additionally, for meat eaters, keep in mind that 13% of cows in the U.S have been injected with rBGH a genetically modified bovine growth hormone.

When shopping, keep an eye out for Non-GMO food labels. Foods containing GMO’s are also prohibited from use in organic products.

As you may know, we set out (over 10 years ago) to create the best tasting organic non-GMO muesli on the planet.

What did people think of the taste and quality? We are humbled that our labor of love is now found in Whole Foods and around 100 other stores in the Northeast.

This homemade super food can be served both hot and cold. Originally, people didn’t even use muesli as a cereal. Muesli was an all-day appetizer or meal and is considered a healthier choice when compared with granola.

Overall, there are a few notable differences between granola and muesli. Most granola contains added oils and sweeteners used to bind ingredients after baking. While muesli is raw, ours has no added sugar or oil and is loaded with iron and fiber.

The therapeutic benefits of muesli were first developed by Swiss Dr. Maximilian Bircher Benner for his patients in (near) the year 1900. (9)

What steps do you take to avoid contaminated foods? Any tips?

Readers who liked “What Cereals to Avoid: The Top 7 Weed Killer Containing Cereals” also loved:
How to Supercharge Your Day with Hemp Seeds
7 Reasons NOT to Eat Muesli

This author hasn't written their bio yet.
admin has contributed 4 entries to our website, so far.View entries by admin 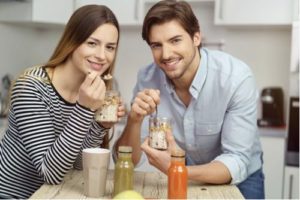 If you've ever picked a health nut's brain, you probably know that their "healthy eating" code includes a nutritious breakfast everyday. Of course there are several nutrients necessary for a breakfast to qualify as a "superfood," but fiber is definitely one of them. In this post, we'll look specifically at high fiber breakfast foods. You'll find a variety of easy high fiber recipes, ranging from the simple grab-and-go style to something more time consuming and decadent, like a smoothie/pudding hybrid. 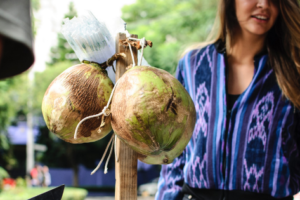 Making homemade coconut milk is actually insanely easy! So, even if you're a newbie to the whole "homemade foods" thing, you have totally got this. To begin, I recommend first watching the easy video tutorial below. It's a very basic "How to Make Coconut Milk" guide for beginners. Below that, you'll find a handy shopping list with printed instructions, as well as inspiring coconut milk recipes. 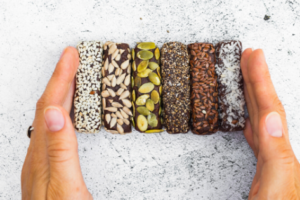 This is a coming-of-age story of women who's discovered she's been eating exactly what the media told her all her life. The result? "Safe" sweeteners that were just as bad as sugar, dangerous dieting pills, and even granola bars with as much sugar as donuts all led her back to the path where she began...

Muesli is the perfect alternative to sugary, processed cereals lining the shelves of supermarkets today. Similarly, these muesli cereal bar recipes have become life-savers for healthy eaters! Anyone who knows the dangers of store-bought cereals understands that popular granola bars are simply not nourishing. In this article, you'll find five unique muesli cereal bar recipes for both vegans and vegetarians. I'll also highlight some of the ugly truths about the many granola bars posing as "healthy" in our stores and media today.